“Who Knows Where the Time Goes?”

Remember that song? It was written by Sandy Denny (Strawbs, Fairport Convention) and made popular by Judy Collins in 1968. Well, to answer that “timely” question, time is just zipping by. My last post was two months ago, and the previous one was two months before that. Seems like only yesterday. 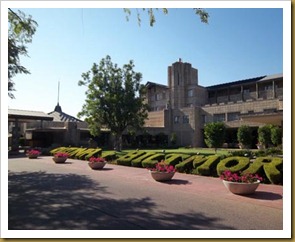 One reason for the recent delay in blog updates is, of course, the Holidays. Friends visited during Thanksgiving week, and then my wife and I traveled to Phoenix for Christmas. We stayed at the magnificent Arizona Biltmore, built in the 1920s and designed by Albert Chase McArthur, a student of Frank Lloyd Wright. The hotel design was definitely influenced by Wright (whose winter home, Taliesin West, was not too far away). The weather was cool, but clear and pleasant.

I spent one day climbing Piestewa Peak (formerly Squaw Peak), and it was grueling. It took me 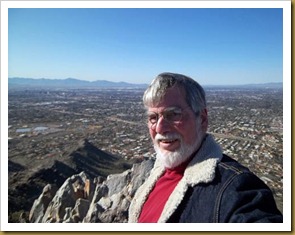 several hours to reach the top, a 1200 foot climb on one of the roughest, rockiest trails I’ve ever been on. It was worth it. The view that day was spectacular! (See photo.) I also visited the Musical Instrument Museum (MIM) again. Once more I spent nearly seven hours there studying the types and evolution of instruments from around the world. To me, it’s easily one of the best Museums around the country.

We also spent a great evening at the Desert Botanical Garden, which was having “Los Noches de Las Luminarias”, a beautiful Southwest-style Christmas season event. The entire facility and trails were lined with luminarias, which got prettier as the sun set. We walked the many trails, enjoying the desert environment, and had dinner in the events center.

Between Thanksgiving and Christmas I was working hard in my studio to complete a couple more pieces before the end of the year. Also, I’m finishing up a presentation I’ll give to the Diablo Woodworkers January 11th. 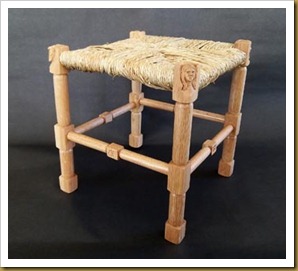 Over the last two years, I’ve made several autoharps based on the 1885-1890 originals by the Zimmermann Company in Dolgeville, New York. Around the middle of 2011, I did some patent searches on the internet for zithers, stringed instruments, and autoharps. One patent I found from around 1928 was for an autoharp of a very different design, round and long, and for standing up to play using a strap, like a guitar strap. I was intrigued and decided to make it. Here' it is: 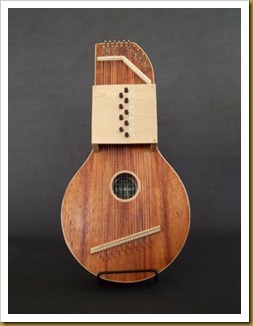 The patent was given to J. H. Large, and so far, only one has turned up, and it was probably a prototype. It seems to have never gone into production. Oscar Schmidt came out with a similar autoharp in the 1960s called the Guitaro. The made hundreds, some electrified, for only a few years, and they keep popping up on eBay at pretty high prices.

During the 1920s, ukuleles were very popular, and Koa was the wood of choice. I still had some Koa left over from our trip to the big island of Hawaii 17 or 18 years ago, and used it for this autoharp. The binding, bridges, and keys are maple. It has 20 strings, and an unusual set of 9 key bars set up with two major, two minor, and five major sevenths. It has a very nice, full, resonate tone.

That’s it for now. I’m still working on another harp, and finally started on a medieval three-legged chair that’s been in the planning stages for over a year.