Arts & Crafts in the Desert

The Scottsdale Arts Festival is over for another year. It was another eventful outdoor show with around 180 really, really good artists. Many of the fine crafts and artwork were imaginative and well done. The Festival is held at Scottsdale’s Civic Center Plaza, a very nice, green-grass park with an odd profusion of trees, palms, and cacti. It doesn’t look like it, but the heat tells you you’re in the desert.

Last Friday, on the first day of the show, several experts walked the grounds judging all the arts and crafts, which they do every 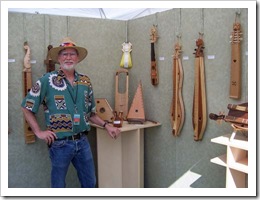 year. That night, there was an awards ceremony and buffet dinner for all the artists. I was surprised and very fortunate to get  awarded third place in the Wood category. (That’s me in my booth by the ribbon.)The big plus to getting an award is that I don’t have to get juried into the show next year. I’m automatically accepted!

I’ve done this show for five years now, and I think this year I had a better booth location than I’ve had before. It was a corner booth on a very well traveled intersection of walkways. It also 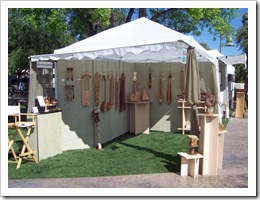 was situated so most of my instruments were out of direct sunlight. And speaking of sunlight… the temperature the first two days were pretty warm, around 85-90 degrees. On Sunday, it  cooled down a little because of the wind, which we all thought was going to be around 40 mile per hour, prompting the Festival officials to warn everyone to “batten down the hatches.” There were a few strong gusts, and one glass artist lost one piece that blew off a table, but the day turned out ok.

My wife and I spent one extra day on Monday visiting friends in Phoenix and left early Tuesday morning. We got home at almost 11 pm. After unloading everything yesterday and putting it all away today, I’m pretty exhausted. I can barely raise my hands to type this blog. I plan to rest up a day or two before getting back to work in the studio.

While staying with our friends in Phoenix, I began planning and drawing up some new and different types of artwork, and I can’t wait to start on it. However, I’ve really got to finish up the several pieces I’m currently working on before jumping ahead to those new works.

Anyway, once again, onward through the fog. (And it has been foggy here in the morning lately.)

The cloudbursts these last few days have left the yard soaked and made it hard to make it from the house to my studio. At one point yesterday, the rains fell so heavily that it couldn’t drain fast enough and the back patio had an inch of water on it. But… we do need the rain. We’re still in drought mode.

Next week I’ll be attending the Contemporary Craft Market at Fort Mason in San Francisco. I am a member of the Baulines Craft Guild, and the promoter, RoyHelms, has graciously donated space again this year for the organization. We each get to exhibit one piece, and I’ll be there to help set up and tear down. I’ll also be in the booth to answer questions Sunday afternoon. Oh yes, the dates and time: March 14 and 15, 10am to 5pm.

The following week I’ll be heading to Arizona for the Scottsdale Arts Festival. This show often ranks as one of the top shows in the country, and I think this is my fifth year there. It’s a fun show and very well attended. It runs March 20-22. It’s open 10am to 6pm, Friday and Saturday, and 10am to 5pm on Sunday.

Meanwhile, back at the Studio…

After finally finishing “The Burgermeister”, my new Pennsylvania German Scheitholt, I scheduled a photo shoot with Paul Schraub Photography, 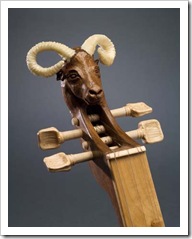 my long-standing and excellent  photographer. I took around 7 new pieces to get photographed, and they’ll soon be up on my web site. For now, here’s a couple of thumbnails of my newer pieces. 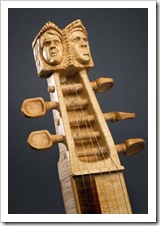 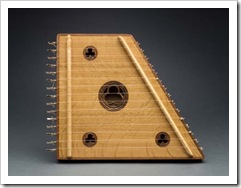